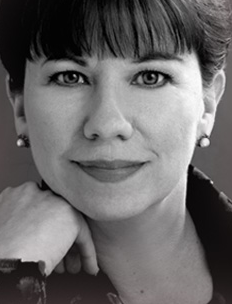 American pianist Terry Eder gave her New York debut at Carnegie Hall’s Weill Recital Hall in 2004 to critical acclaim. Critic Harris Goldsmith described her performance as “excellent,” “perceptive,” “sensitive, idiomatic,”  “convincing and vigorous,” and “reminiscent of Annie Fischer’s way.” A Lincoln Center recital at Alice Tully Hall followed, reviewed as a “fascinating performance full of life and risk” in which “those lucky souls [present] were rewarded with an exceptional recital from an artist who transmits the music she plays with an entirely natural authority.” Ms. Eder was further described as “a big pianist with big ideas and a warmly engaging rapport."

Terry Eder has a particular affinity for music by Hungarian composers. She received a full grant from the International Research and Exchanges Board in partnership with the Hungarian National Cultural Institute, to study and perform Hungarian twentieth century piano music, working under the tutelage of Zoltán Kocsis in Budapest. She also learned to speak Hungarian. Living in the 1980s behind the Iron Curtain was an affecting experience for her, one reflected in her performances of Eastern European music, which she feels especially close to. Today she is recognized as an exceptional advocate of the music of Béla Bartók, having won Bartók honors in the IBLA Grand Prize competition and in the International Bartók-Kabalevsky-Prokofiev competition. Her Bartók performances at Carnegie’s Zankel Hall in 2008 were described as “mesmerizing, wonderful, inspired and inspiring.” The reviews for her Bartók CD, released in 2015 on MSR Classics, have been stellar:  “American pianist Terry Eder dispatches this difficult repertoire with great rhythmic vitality and expressive exuberance, and her performances are consistently lucid and commanding.”(Gerald Fenech, Music and Vision) “Eder limns the richness with a blend of exuberance and attention to detail that lifts the music from the page, as if she were telling a series of fascinating short stories.” (Daniel Rosenberg, Gramophone). She was interviewed about her Dohnányi CD for Classics Radio, and the CD has been broadcast on radio stations including WQXR in New York City, and classical stations in Switzerland, among other places.  Her Dohnányi and Bartók recordings have also been featured on David Dubal’s national radio program “Piano Matters” and the Canadian program “Women in Music.”

Ms. Eder was born in Detroit and began studying the piano at the age of 4. She completed her undergraduate education at the Oberlin Conservatory of Music, and earned an advanced degree with distinction from the School of Music at Indiana University, Bloomington, in addition to her specialized study at the Franz Liszt Academy of Music in Budapest. Her teachers in addition to Zoltán Kocsis have included Peter Takács and Bálint Vázsonyi. Other influences have come from Leon Fleisher, David Burge, and James Dick. She is herself a seasoned teacher, having taught private piano students of ages 4-75. Ms. Eder was previously Associate Instructor at Indiana University's School of Music, where she taught undergraduate music students privately and in group classes. She was also the first pianist to be hired as teacher and performer at the Colly Soleri Music Center at Arcosanti, Arizona. As a lecturer, she has presented seminars and lecture/recitals at venues such as the Berklee College of Music in Boston, the John F. Kennedy Center for the Performing Arts in Washington, D.C. the Yong Siew Toh Conservatory in Singapore and the Music Educators Association of New Jersey.  Ms. Eder has performed in France, Italy, Germany, Canada, the U.S., China and Singapore. She has three recordings to her credit: Bartók Piano Music on MSR Classics, Dohnányi: Piano Music, on the Hungaroton label, and her self-released (CD Baby) debut CD recital entitled “Portrait.”

Adding to her musical education, Terry Eder earned a Juris Doctorate from Fordham Law School in 1999. As an attorney, she helped to research a book on refugee protection by Arthur C. Helton entitled The Price of Indifference. She practiced law for 12 years, simultaneously with her music career. She is currently on the Advisory Board of the Leschetizky Association, and served for several years as a member of the President’s Advisory Council of Oberlin College and Conservatory. In 2015 she founded KEY PIANISTS, a recital series at Weill Recital Hall, with a mission to present to New York audiences seasoned artists who might not otherwise perform on a prominent stage in New York City. Ms. Eder was curator of musical events at the art gallery North Of History during the 2018 calendar year. She and her husband, Gene Kaufman, commissioned and produced an opera that premiered in January 2019 at the John Jay Theater as part of the Prototype Festival.